Yesterday I met a learning psychologist to discuss how people who are on the Autism and Aspergers spectrum can be integrated into the technology workforce (Aspergers is a form or type of Autism) and I thought it would be good to share my notes and thoughts following my fascinating meeting with her.

I think its fair to say that gainfully employing autistic people is something that I think has been at the back of the Western World’s mind ever since “Rain Man” came out, and I certainly don’t think it’s unusual for someone to have watched that film and wondered to themselves how that character’s strengths could be implemented in their industry!

So I was a little bit surprised when one of the first things that she soon told me is that the “Raymond Babbit” character in the film (Dustin Hoffman) is an autistic person who also has “savant abilities” (an almost super human ability to do maths and remember things) and that having these abilities are very far from being a typical trait of autism!

But recruiting autistic people in technology is certainly been something that has been on my mind since the beginning of my career. That’s because I remember very early on I found a developer’s CV who had a PhD in Computer Science and had mentioned that he had Aspergers at the bottom of his CV. I called him up, partly out of curiosity, and to my surprise he seemed to be nothing like Dustin Hoffman’s character, there was something about his communication style that was a little “askew”, but there was nothing inhibiting his ability to express himself in verbal communication. We discussed some positions I had at the time and I went ahead and submitted him for them. Disappointingly we got absolutely no traction in the market and I when I called him  back a couple of weeks later it turned out he had decided to go back into academia.

My feeling was/is that his story is not uncommon. Whenever the industry has a drive to hire “diversity” candidates, we almost always see the same thing. Lots of enthusiasm and fanfare at the top, but at the hiring manager level things tend to peter out. I’m not so sure this is an active resistance but probably something more passive and risk-adverse.

THE TIMES THEY ARE A CHANGIN’ 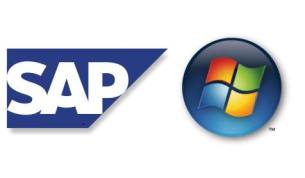 But there are lots of reasons to think that times might indeed be changing. SAP began a pilot scheme to hire autistic people in 2013 and Microsoft began one in February 2015 (non-Neurotypical), and a year later they opened up 10 new positions across the UK. By 2015 SAP reported they had hired 66 people across the world and only 2 had left, which is an excellent attrition rate given that its not unusual for autistic people to lose their job within the first year.

AUTISTIC HIRES HAVE BOTH MET AND EXCEEDED EXPECTATIONS

Both have teamed up with Specialisterne, a specialist non-Neurotypical recruitment company to help achieve this, and both report that their hires have either met or exceeded expectations. Both companies have been keen to hold up their successes to show the world what can be done with an open mind and some specialist training.

So hopefully, an increased consciousness across the IT sector that autistic people can bring an awful lot to a company’s development efforts, will bring more and more people into the technology workplace.

So it was with these ideas bubbling at the back of mind that I met a learning psychologist to find out more about what employers should think about when considering hiring technologists with these conditions. These are my notes, they’re not a definitive guide, if you want to learn more about hiring autistic people I’d suggest that the Papworth Trust and the National Autistic Society are both good places to start:

+++ This is what I learnt from my meeting and having since read into what’s happening in the tech industry in general. If you read this and you think there’s something wrong, or a misrepresentation please email me martin@oxenburypartners.com so I can make any corrections that are needed +++